Born in Launceston, Tasmania, Simon graduated from the Tasmanian Conservatorium of Music in 1998, majoring in composition. He then completed a Bachelor of Education in 2005. He has been working as a Brass specialist since 2000, currently employed at Ogilvie, Clarence and Bellerive schools.

Outside of teaching, Simon has been the Musical Director of the Hobart City Band Inc. since 1997. He conducts the Hobart Wind Symphony, who he led to the 2009 and 2010 National A Grade Concert Band titles. Other conducting has seen him work with various youth music organisations including the Tasmanian University Musical Society (2001 ? 2009), the Tasmanian Youth Orchestra (2005 ? 2012) and the Hobart Theatre Summer School (2005 ? 2012).

Simon's involvement in community music making has seen him serve as part of the Tasmanian Bands League (TBL) Music Advisory Board and in 2008 he was awarded the TBL badge of honour for services to banding in Tasmania.

As a performer, Simon was principal cornet with the Hobart City Brass Band (2003 ? 2012), has lead the Hobart City Swing Band since its inception in 2000 and in 2010 won the Open Trumpet solo section of the Australian National Band Championships.

In his spare time, he composes, having filled commissions from the Tasmanian Youth Orchestra, the Festival of Voices (Tasmania), IHOS opera, the Hobart Chamber Orchestra and the Derwent Valley Band, amongst others. His band music is published through Brolga Music and he is a represented composer at the Australian Music Centre.

He lives in Campania, just out of Hobart, with his wife Claire and baby son Owen. 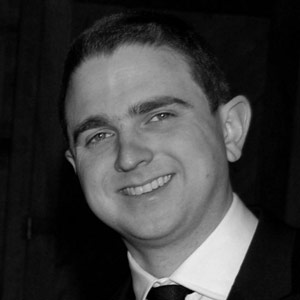