David is a clarinettist, saxophonist, composer, arranger and teacher who lives in Geelong, Victoria, Australia. He joined the Royal Australian Air Force Central Band in 1985 where he led the Big Band, smaller Jazz Ensembles and was principal clarinettist in the Concert Band. He left this organization in 1998 to concentrate on his career in jazz and freelance musicianship.

David is currently head of woodwind at Christian College Geelong and has taught for a number of Secondary and Tertiary institutions. Many of his past students are now pursuing jazz and orchestral studies and careers in music.

His performance experience is vast and varied ranging from solo and orchestral performance to jazz and big band performance in Australia as well as on the international stage. David has performed with numerous well-known Australian musicians such as Don Burrows and James Morrison, and international artists such as Louis Bellison, Joe Williams, Buddy De Franco, Bob Mintzer and Wycliffe Gordon to mention a few. As well David has performed on a number of occasions with the Melbourne Symphony Orchestra.

His first C.D. "Artistic Lament" received a 1998 aria nomination for best jazz recording. He has performed by invitation on numerous albums as well as his own recording projects including recently completing his second album and third CD, "Strange Fruit" and "Stand and Be Counted". 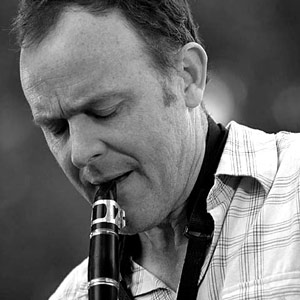